Essential Energy for electricity and Jemena for gas.

Learn about the benefits of comparing Energy plans

Know more about your gas >


When you receive your gas bill do you scrutinize the terms or figures mentioned in it? Go over it and check all charges. You don’t have to be a pro to understand the most important parts of the bill. Knowing better helps you take control of your usage…

How to Measure “Cleanest” Electricity Retailer? >

Climate change and global warming are two of many environmental problems these days. All living things are affected because of human’s wrongdoings. Fortunately, many advocacies are available whose objective is to fight these problems…

It is recommended to compare energy prices every six to nine months to check if you’re getting the cheapest plan. However, many consumers think switching retailers is a load of work. As a result, some stay loyal with their supplier without realizing they’re paying more than they should.

Moving soon? Before you start packing boxes don’t forget your utility connections. You need to have an understanding how to disconnect utilities at the place you are leaving and get everything connected again…

If you live in NSW, VIC, SA or southeast QLD where energy is deregulated, it is possible to save 20% or more on your monthly electricity bill by switching to another energy provider. Choosing the perfect energy company is not easy…

Saving money is one of the most challenging things to do for most Australians. It’s hard to save money these days, especially when electricity costs keep getting expensive. Some strictly follow tips on saving energy while others keep switching retailer just to reduce energy bills

How Do I Read My Electricity Bill? >

Your electricity bills are far from straightforward; there’s a lot of jargon to get a handle on. Here’s a basic guide to read your electric bill to know exactly what’s going on. Most retailers have a detailed explanation of their bills and what all the…

10 reasons why you should acquire help from an Energy Broker >

Most consumers acknowledge the importance of switching energy retailers for them to get the best energy deals. But the problem that most of you encounter are, lack of free time and expertise to find the best energy plans…

Appliances account for up to 30% of energy consumption and about 45% of greenhouse emissions from our homes. Our increased reliance to appliances results to rising energy costs which makes choosing energy efficient appliances more important. 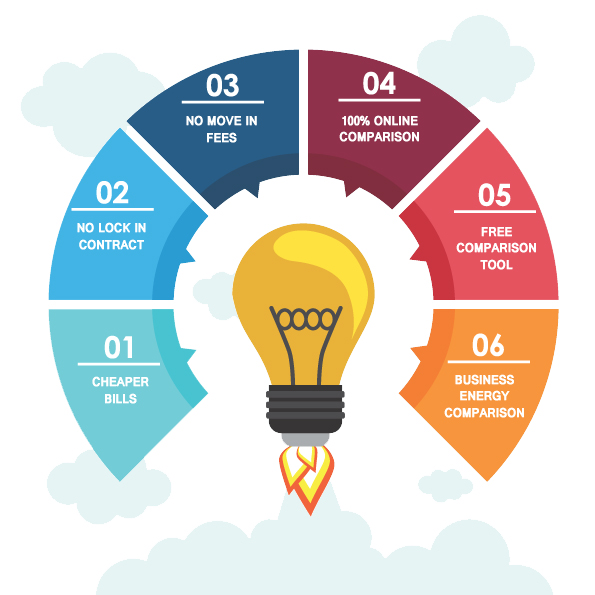 Are you moving houses? Get connected now.

It’s never been simpler to switch energy providers and save money.

All we need from you is your postcode, typical usage rates and if you have solar power.

Then, using our constantly updated database of all the best energy plans and rates, give you the choice of energy providers
and packages.

Like what you see? Pick your plan and we do the rest. No calls, no fuss, no worries, just a better deal on your energy bill!

Compare your energy retailer’s rate to save on your electricity and gas bills.